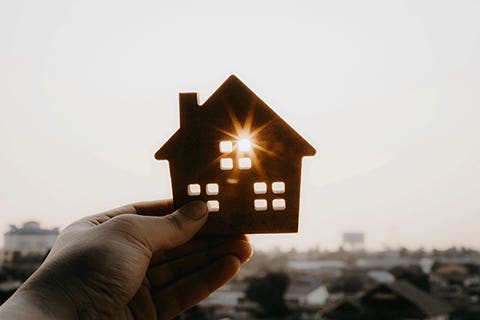 The perfect storm of affordable housing crisis is brewing right now; a threat made up of the already low supply that is hitting the increasing post-pandemic demand head on.

Before the pandemic, supply was an issue. The National Low Income Housing Coalition published the GAP report in late 2019 that shows a shortage of seven million affordable homes for low-income households at or below the poverty guidelines, or 30% of the area median income.

So, now, those already taxed supply issues are being further pressured by the pandemic.

Jay Parsons, vice president of multifamily optimization and deputy chief economist at RealPage
, a property management software company, forecasts that the total apartment supply will remain high through 2021 due to the pipeline of projects that were approved and under way prior to COVID. But, he cautions that the pipeline is thinning out and there will likely be a large drop off of completions by 2022.

Nearly all economists across the political spectrum agree the best way to solve affordability challenges is to create more housing supply, but until there is a serious effort to fund affordable housing, those challenges will persist.

“It doesn’t matter what side of political aisle you are on, we have a system that does not adequately fund affordable housing and we try to pass the buck to property owners and developers, but unfortunately it just doesn’t pencil out,” Parsons said. “Developers cannot afford to do it without significant government support. When the rubber meets the road, it’s more about state and local government, and they are unwilling to change.”

Whether they are willing to change or not, the pandemic has definitely altered the landscape.

Allen Feliz, industry principal for affordable and public housing at MRI Software, a company that provides cloud-based property management software, says there is plenty to worry about. State and local budgets won’t be able to provide soft funding, and even with conventional loans, affordable housing projects need a lot of soft funding, so without it, there will be a big strain.

His colleague, Brian Zrimsek, industry principal at MRI Software, predicts a reckoning with city budgets, but it still isn’t clear what the impact of the lost tax revenue will be for the future.

The pandemic has rocked many city budgets. Chicago had to revise its 2021 budget after a shortfall of $1.2 billion this year due to the pandemic and civil unrest.

Those are some examples across the country, but those cities are not alone. A National League of Cities survey reports that nearly 90% of the 485 cities that responded expect to be less able to meet their community’s financial needs this year than they were last year.

Plus, an article from Axios reports that 2019 was the first year that city budgets got back to normal levels since the great recession. The gains that would have been realized in 2020 were wiped out in just a few months, and are now predicted to take a decade to revive. The article goes on to state that cities expect a 13% decline in general fund revenues in 2020 and 2021.

These city budget deficits, ranging across markets depending on how the city is structured to receive income, will impact dozens of programs that most likely had been waiting for months, if not years, for their time to be funded.

For instance, David Garcia, policy director at the research group Terner Center for Housing Innovation at UC Berkeley, says that California heavily relies on impact fees from market rate development. But, if the market rate housing pipeline starts drying up, that funding will also start disappearing.

“In California in the short term, the affordable housing production pipeline is insulated because of the amount that was already allocated from a bond a couple years ago,” Garcia said. “The bigger challenge is that those dollars are becoming less effective because the cost of development is going up. This was true before, but during the pandemic the costs are raising so substantially.”

His final concern is the capacity of local planning departments, which have already started cutting staff and resources, therefore pushing out timelines for entitlements and the rest of the planning process.

Most cities had allocated more than usual to address their unique, local affordable housing situation. But, now, with the budget cuts, those will also have to be adjusted.

In March, Atlanta city officials boosted its affordable housing bond program proposal to $200 million, with $70 million allocated to multifamily loans, $60 million dedicated to single-family development and rehab and $8.5 million set aside for down payment assistance, among other allotments.

However, just a month later, with the pandemic still causing economic fallout, municipal leaders put the bond program on hold. When the proposal was revisited, its value was bumped down to $100 million, and it had been stripped of wealth-creation mechanisms.

New York City was committed to generous affordable housing programs, such as building and preserving 300,000 affordable housing units by 2026, but the pandemic is unraveling it all. Curbed NY reported that in June, the city cut its Department of Housing Preservation and Development’s capital budget by more than $1 billion for 2020 and 2021, pushing 40% of its capital funds for affordable housing into future fiscal years.

Plus, the city subsidies for the program are now challenged and the developers relying on those subsidies will have long delays. The New York Housing Conference, a housing advocacy group, reported that the cuts will translate into about 20,000 fewer new and preserved affordable homes.

Also, in Columbus, OH, where $30 million was allocated for development, ranking in the top five highest categories of spending for the 2020 budget, the category also saw the biggest decrease when it was slashed by 24%.

With this increasing demand, how can supply measure up? Feliz says that experts are trying to make the federal Low-Income Housing Tax Credit (LIHTC) program more flexible, increasing the annual tax credit allocation by at least 50% and working to enact a minimum 4% housing credit rate to raise equity for each tax credit.

“We need advocacy, creative solutions and bipartisan support to prop up the existing resources that we have, including LIHTC, the Rental Assistance Demonstration and other rental subsidy programs,” Feliz says. “To help close the affordable housing supply gap, some state policymakers are employing creative adaptive reuse solutions. For example, California has responded to the pandemic by working at local levels to convert hotels into housing, using FEMA money and federal funds and superseding local laws to create housing and leverage philanthropic dollars.”

In Cincinnati, where housing funds were approved, the city also is launching a new initiative to put aside 25% of funds from the city’s tax increment financing districts to go to affordable housing. Those districts move property tax receipts from property value increases in specific areas into dedicated funds to be spent in those areas only. This year, that would equate to $6.6 million for affordable housing, which would increase year after year.

These solutions are a good start, but as Parsons says, “All the good things that are happening are taking place at a very small scale. We need big ideas. Big solutions. Adding hundreds of units isn’t enough. We need to talk about adding millions. There are a lot of micro solutions, but they aren’t sufficient.”

Parsons cites two challenges to effectively catalyzing change. The first is the country’s spotlight on evictions that takes the focus away from creating affordable housing supply.

“Eviction moratoriums have exacerbated the undersupply because what ends up happening is that we are protecting renters who are choosing not to pay the rent even if they are able to, which is not happening in all cases, but it’s called ghosting,” Parsons said. “As a result, we artificially limit vacancy and cannot remove people who are intentionally not paying rent or causing disturbances at their properties. We need more attention to create more designated affordable housing; targeting the aid to the people who actually need it.”

Secondly, the affordable housing crisis isn’t changing because we continuously get distracted by government mandates that offer immediate action and perceived win. However, the problem with actually solving affordable housing is that it is a long road, it needs a lot of funding.

“But, politicians want to take the easier path even if it has been disproven,” Parsons said. “Economists have shown that rent control doesn’t work, that it only further limits the affordable housing. It’s a failed idea believed by 98% of economists. It’s an easy thing to do, easier to put it on the ballot and give the appearance of trying to do something.”

Despite the hairy challenges, many innovative developers, suppliers and governments are collaborating to create solutions to bring to scale, and maybe the pandemic gives them the time they need to do it.